A link between omega 3 and weight loss seems to be emerging following recent research on fish-derived omega 3 essential fatty acids and mice. Does Omega 3 weight loss ingredient help in burning fat or extra weight? What are the findings behind it?

Could this new research position omega 3 as a weight loss ingredient in everyday meals and supplements?

Whilst evidence has existed for some time about omega 3 rich diets. Essentially diets high in seafood and a reduced incidence of weight gain. Though the exact mechanisms have been unclear.

Omega 3 helps to regulate blood sugar levels by increasing insulin sensitivity, which is likely to be a factor.

Omega 3 and Weight Loss – What to Expect?

The findings of trials on mice were reported in 2005 and the results of subsequent human trials are awaited.

These seem to indicate that an omega 3 concentrate given to the mice increased fat oxidation. This increase happened by activating genes responsible for the breakdown of fat in cells.

The mice in the trials also seemed less likely to gain weight when given free access to food. Those mice also had a reduced number of fat cells, particularly in the midsection.

The company that carried out the study has also tested the link between omega 3 and weight loss in groups of very obese women on very low calorie diets. The group given omega 3 reduced their weight by around 20% more than the placebo group.

Further trials are planned and whilst the evidence is some way from proving a link between the consumption of omega 3 and weight loss. Initial signs show some promise.

However, it should be noted that the trials were conducted by a company that supplies omega 3 and independent, replicated studies are needed to validate the findings.

Furthermore, the researchers concede that weight loss from omega 3 alone will not be dramatic. But that combined with diet and exercise it could complement weight loss efforts.

So, What Are Omega 3 Fatty Acids…?

Omega 3, along with omega 6, is an essential fatty acid (EFA) and is found in polyunsaturated fats.

Foods that contain omega 3 include:

The key ingredients in omega 3 are docosahexaenoic acid (DHA) and eicosapentaenic acid (EPA), which are found in oily fish and alpha-linoleic acid (ALA), found in oils like flaxseed oil, which the body can use to make DHA and EPA.

In the trials quoted previously, the subjects were given a 60% omega 3 concentrate, which contained 50% DHA and 10% EPA.

Whilst the findings linking omega 3 and weight loss are relatively new, omega 3 has long been known to be vital to maintaining the health of cell membranes.

Omega 3 fatty acids also help to reduce the risk of:

In many western, developed countries our intake of omega 3 is on the decrease. Though our consumption of omega 6 is increasing.

For optimal health, and perhaps weight management this trend needs to reverse. Most experts agree that a ratio of 2-4:1 in favour of omega 3 is the optimum to maximise the health benefits of omega 3.

The current ‘western’ diet contains around 10-20:1 in favour of omega 6 fatty acids.

Whilst eating more foods rich in omega 3 is advisable, most such foods also contain omega 6 so trying to work out the right balance in your diet can be problematic!

Eating a diet containing omega 3 rich foods will ensure that you get the right balance of DHA and EPA. A good way to do this is to eat 3-4 portions of oily fish a week, which is around the recommended 12oz (340g).

Don’t forget however, that whilst EFAs like omega 3 confer a range of health benefits, they are still fats and weigh in with a hefty 120 calories per tablespoon, so go easy!

Fat in your diet is important so aim for around 20-30% of your calories from fat, nearer to 20% when trying to lose weight.

Is an Omega 3 Supplement Necessary…?

The trend away from omega 3 rich foods would suggest that a supplement would be beneficial for most people.

If you’re not willing or able to eat omega 3 rich foods everyday and want the benefits of omega 3 weight loss, then consider a supplement.

Marine oil and flax seed oil supplements are the most widely available and both are a good choice.

Look for daily marine oil supplements which give you around 1,000 mg of marine oils, of which around 65% should be DHA and EPA in roughly equal quantities.

Some people, with heart disease for instance may need as much as 3,000 mg a day.

Whether you get your omega 3 from your food or dietary supplements, in addition to the benefits for your circulatory system and joints, the link of omega 3 to weight loss makes this a key ingredient to include in your daily diet.

Are you looking for high quality, affordable nutritional supplements to buy online? Then you may want to take a look at. We suggest you to buy anything with good amount of positive reviews.

I hope our efforts will help you to decide to use or not this omega 3 weight loss ingredient. Let us know your feedback in the comments or you can directly contact with us here. 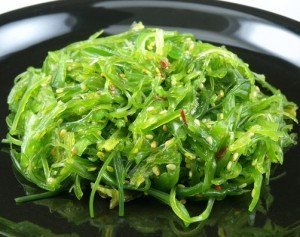