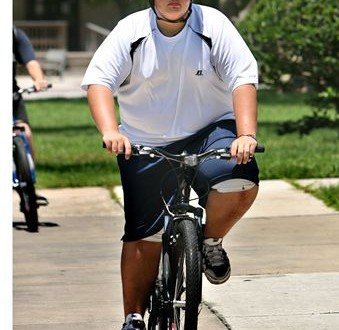 he problem of overweight teens is getting worse as more and more children and young people struggle to control their weight…but what’s causing the problem?

But the problem of childhood obesity is accelerating at an alarming rate and feels on the verge of careering out of control.

Overweight Teens – What’s the Scale of the Problem…?

According to the statistics, 15% of children and young people of 18 and under are overweight or obese. That’s a rise of around 10% in 30 years. 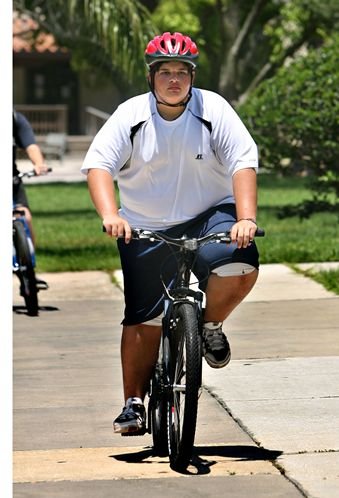 Predictions are that those figures will continue to increase for the forseeable future with a near doubling of the rate over the next 15 years.

Whilst the US and the UK lead the way, other European countries like Germany, Spain and Italy are following close behind.

Obesity is a disease of affluence. In other words, the richer the country, then generally speaking the greater the problem.

For most people in rich nations the constant struggle for calories has long ceased to be the norm, with affordable, abundant and convenient food sources available on every street corner.

The problem now is that a whole generation of young people are inactive, unfit and becoming increasingly overweight.

20 years ago children and adolescents would have been outside playing, nowadays they’re more likely to be sat in front of a computer game or the TV.

Whilst our modern lifestyles are turning adults into a society of couch potatoes, why should we think our kids will escape unscathed?

Poor Diet and Too Little Exercise

Overweight teens are largely the result of a poor diet that’s too high in calories combined with too little exercise.

Furthermore, most overweight teens become overweight adults as the health problems that begin in childhood continue into adulthood.

And it’s not just excess weight that’s the issue, it’s a whole raft of obesity related, illnesses and diseases that compound the problem.

Physically inactive, overweight children and adolescents will be at increasing risk from chronic diseases.

Diseases such as cardiovascular disease, eg heart disease and stroke, together with Type 2 diabetes, colon cancer and osteoporosis will all significantly increase over the next two or three decades.

Being physically active during childhood and adolescence helps to control weight and blood pressure, maintains healthy muscles and bones and is conducive to good mental health.

Research shows that children who are at a healthy weight are happier, more well adjusted and less affected by bullying, anxiety and depression than their overweight peers.

Whilst diet and exercise are unquestionably important, pressures and changes in wider society are also to blame.

For instance, the obsession with being thin that influences teenage girls in particular is a problem.

Rather than celebrating the diversity of healthy weights, shapes and sizes in society, the media portrays the stick thin blonde with big boobs as the norm.

A completely unattainable goal for most young teens, which fuels problems with self-esteem, teen binge eating and other eating disorders.

Ironically, research suggests that teenage dieters end up heavier than their non-dieting peers.

Why? Well, your body equates dieting with starvation and responds by lowering your metabolic rate to conserve energy and breaking down muscle tissue to supply energy.

The result? Each successive diet becomes less and less effective, often leaving the teenage dieter weighing more and with a higher body fat percentage than before they started dieting!

Whilst, dieting is not the answer for overweight teens, easy weight loss for teens is possible if a few simple guidelines are followed.

The Kids Take After You

Another problem is that parents who are overweight tend to bring up overweight children. Often this is blamed on genetic factors and sure, body shape is to some extent hereditary.

There are a range of genetic factors that dictate your metabolic rate, lean and body fat compositions and appetite. It’s likely that we all have a ‘set point’ that determines our individual weight range.

However, no one has a set point that determines obesity as a comfortable weight range!

No matter what your set point, you can be slim – a curvy slim if you’re a girl, not skinny – if you make the necessary changes to your diet and lifestyle.

What’s often more important than genetics, is that the eating habits that have made the parents fat, tend to be passed on to the kids who, surprise, surprise turn out to be overweight teens and then overweight adults.

Puppy fat is largely a myth as fat babies tend to become fat children, who become overweight teens and adults.

We could go on about the causes, but…

What Can be Done About the Problems Faced by Overweight Teens…?

Healthy eating and exercise are a good place to start for overweight teens, not dieting as such.

What we do about the wider societal pressures is a tough one, though, and beyond the bounds of websites like this one to sort out!

However, whilst being overweight is a problem for many teens, so is the obsession amongst overweight teens with their weight. The more obsessive they become, the more of a problem their weight becomes.

Getting the balance right both as a teen and as a parent is crucial if you’re going to grow into a happy, well-adjusted adult.

Check out our step by step easy weight loss for teens guide for more information that may help with the physical and emotional aspects of healthy weight management.