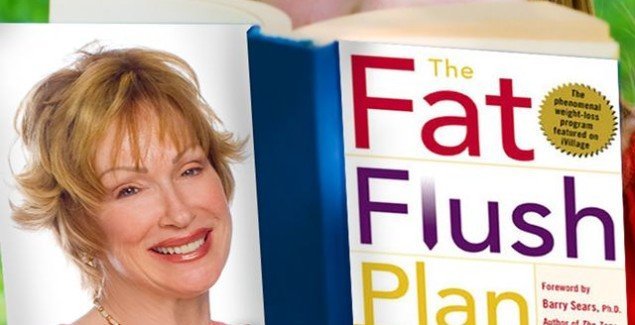 In this Fat Flush Diet review we take a look at a weight loss plan that promises to…well, flush away fat by ridding your liver of toxins. Another gimmick?

The Fat Flush concept is the brainchild of Ann Louise Gittleman, a PhD nutritionist. She came up with the idea in her 1988 book, “Beyond Pritikin”, after seeing her clients struggle with the very low fat Pritikin Diet.

Fat Flush Diet Review – What is it…? 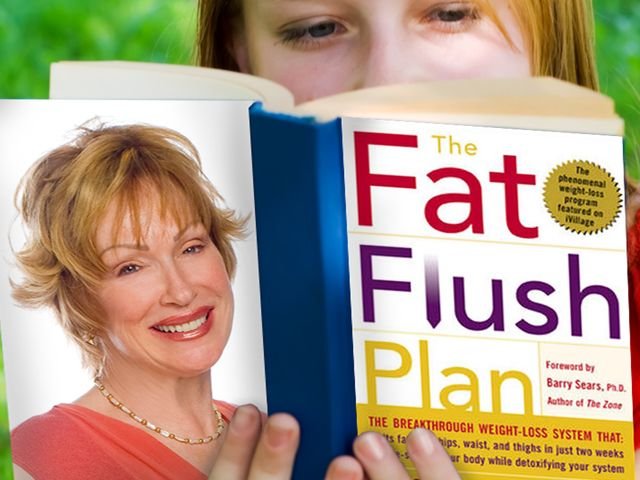 The Fat Flush Diet concentrates on eating good fats, the right types of carbs and lean protein. So far so good.

Gittleman claims on the book cover that by following it, the diet “melts fat from hips, waist and thighs in two weeks.”

There are also claims about detoxing and reshaping the body.

Ok, bear with us as this may get a bit complicated!

The basic premise of the Fat Flush Diet is that people have inefficient livers, slowed down by a build up of toxins.

This is a problem as Gittleman claims that your liver is a “fat-burning furnace”. To burn fat and lose weight you need to first detox, she claims.

There are three phases to this diet. The first one aims to detox the body. The second and third reintroduce good carbs, dairy products and so on.

The first two phases last around four weeks. The third stage is your “lifetime eating plan”.

In phase three, you’ll eat 40% good carbs, 30% protein and 30% fat. This is very much in line with most healthy eating recommendations, although a little higher in protein and a little lower in carbs.

The diet is highly restrictive and prescriptive, certainly in the first two stages, and it’s this careful but complicated combination of foods that are claimed to make it so effective.

There are also recommendations around exercise, keeping a food diary and getting enough sleep.

Fat Flush Diet Review – How Does it Work…?

Now, I’m not going to get into too much detail about exactly what you can and can’t eat in each phase as I’d need plenty of space to do so!

Once you get past the complicated elimination and reintroduction of specific foods at each stage, it’s pretty much what you’d expect.

Makes meal planning difficult and eating out a nightmare!

Given the emphasis on animal protein, vegetarians may struggle with the diet, although a protein powder supplement would help.

The exercise recommendations are sometimes a little strange. In phase one you walk…fine, but you’re also supposed to trampoline to “bounce off fat”. Bizarre!

On one level, it’s bound to. It’s a calorie controlled diet with a good choice of healthy foods and some exercise.

No problem with any of that, except that some of the food combinations are a little odd and I can’t see the reason for them.

However, the “fat flushing” concept and theories around your liver being a fat burning furnace are pseudo-science.

They sound like nonsense to us and our Fat Flush Diet review could findno independent scientific evidence to support them.

Besides, your muscles burn most of the calories you expend each day, not your liver.

There’s also no need to detox your liver. Sure, eat a healthy balanced diet and cut back on your alcohol consumption.

But the phase one fast is frankly unecessary. Besides, you’ll lose weight because you’re eating around 1,000 calories a day, not because you’re giving your liver a break!

The exercise recommendations are a little flimsy and the idea that trampolining will break down cellulite and release fat to be metabolised is complete nonsense.

Our Fat Flush Diet review would suggest that the diet will work, but that’s because it’s a low calorie, low carb program. Nothing to do with “fat flushing”!

This is an overly and unecessarily complicated and restrictive diet.

Our Fat Flush Diet review can find no evidence at all to support the fat flushing concept. The theories around detoxing the liver to promote weight loss also seem highly dubious.

Phase three is made up of a pretty good balance of foods, but we wouldn’t recommend phase one. Fasting in this way won’t really appeal to most people and you don’t need to do it to successfully lose weight.

There’s also little support offered with the diet, which is often crucial to successful weight loss.

If you’re looking for a much simpler, less restrictive low carb diet with 24/7 support you may want to check out our review on eDiets.

Fat flushing looks to us to be a gimmick designed to sell a few more copies of the book!