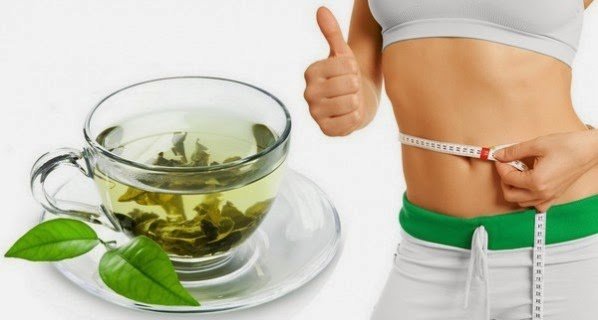 The link between green tea and weight loss has been strengthened by research that suggests that green tea can burn fat and increase your metabolism.

Many people extol the benefits of green tea as an antioxidant, but what about weight loss?

Green tea contains epigallocatechingallate (EGCG), one of a number of chemicals known as polyphenols. EGCG is a very powerful antioxidant.

So what about weight loss?

Like caffeine, which is also found in green tea, polyphenols like EGCG appear to stimulate nerve activity in fat cells that causes the release of fat.

It’s hard to tell whether it’s the polyphenols or the caffeine. However, controlled trials comparing the effects of catechin polyphenols and caffeine demonstrated increased fat burning in subjects given the green tea extract – equivalent to around 80 calories a day.

Not a lot, but every little helps!

The most frequently quoted study is that carried out by Dr Abdul Dulloo of the University of Geneva in Switzerland.

The study participants were 10 lean to mildly overweight young men.

The trial lasted six weeks, during which the participants ate a typical western diet.

The researchers measured the men’s energy expenditure in a respiratory chamber as well as their respiratory quotient (RQ).

The RQ measures the body’s utilisation of macro nutrients; the lower the RQ, the more fat that is being metabolised.

The results showed that more calories were burned by the men taking the green tea and caffeine supplement. They also had a reduced RQ – they were burning more fat calories.

There was no difference in fat or calorie burning in the caffeine only and placebo groups.

The researchers concluded that the EGCG extracted from the green tea may alter the body’s use of norepinephrine, a chemical transmitter in the nervous system, to increase the rate at which calories were burned.

There was also no increase in the subjects’ heart rates. This is a common problem with stimulants, suggesting that green tea extracts may be a safer alternative to stimulant-based drugs in obese, hypertensive patients.

So How Much Green Tea Do I Need to Drink…?

Research suggests that you would need to drink 4-6 cups of green tea a day, getting on for a litre, to experience the fat and calorie burning benefits reported.

This is quite a lot and green tea is an acquired taste, so an alternative would be supplements containing the equivalent green tea extract.

The scientific evidence is limited but encouraging as far as green tea and weight loss is concerned.

More research is needed, but there are other benefits in addition to weight loss to be had from drinking green tea or taking green tea supplements.

Evidence linking green tea extracts with the prevention of heart disease, various cancers and prostate conditions is emerging and considerable research is ongoing.

The evidence on green tea and weight loss suggests that green tea extract, EGCG, may “play a role in the control of body composition via sympathetic activation of thermogenesis, fat oxidation, or both.”

We like green tea and drink it because it’s a refreshing brew. If it has additional weight management and other disease prevention benefits that’s a welcome bonus!