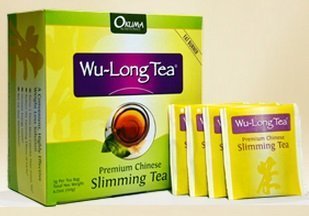 We thought a Wu Long diet tea review was long overdue after having seen our 99th ad for the stuff… The claims made for this “slimming tea” are outrageous! So does it work?

“Lose 20lbs in 3 weeks”, “Drop a jeans size every 7 days”…. If I were the manufacturer I’d be somewhat concerned about a call from the FTC asking for some hard evidence to back up the advertising hype!

Ok, before we jump to any conclusions, let’s take a look at the product. Then we will see if there is some credible research evidence to back up the weight loss claims made for Wu Long Tea.

Wu Long Diet Tea Review – How Does it Work…?

Let’s begin our Wu Long diet tea review with a quick visit to the official site, which was illuminating…

“Melts away body fat like magic”, proclaims a headline.

Right, that’s enough of the free advertising – how does it work and will you actually lose lots of weight by drinking the stuff?

What More Things You Need to Know?

We’ve already reviewed the link between green tea and weight loss, so what about Wu Long Tea?

Green tea has been shown in limited trials to raise trial participants’ metabolic rates. The metabolic rate can be around 80 calories a day. But when a person drink several cups a day or took green tea extract.

It’s these polyphenols that much of the hype is about and that have initiated the weight loss and fat burning claims for Wu Long Tea.

Now we’re not going to discuss all the claims made about Wu Long Tea – or the health benefits of tea in general, which are being increasingly substantiated in clinical trials – just the weight loss claims.

Search for the evidence via Google, PubMed or in credible scientific journals and there are a great number of published studies on the health effects of tea.

Among these studies, there are a few that do seem to support claims that Wu Long Tea raises the metabolism.

One small study reported a 10% increase in energy expenditure – in a tiny sample of 11 Japanese women, though!

Studies on green tea have also shown more modest effects in study participants, equating to a 4% rise in energy expenditure.

Hence the claims made by the manufacturers of Wu Long Tea that it’s more effective as a weight loss supplement!

Ok, before we get carried away, this is very limited evidence and if the studies’ findings can be replicated, then there may be something in Wu Long Tea.

As for the outrageous advertised weight loss claims, though…

Chew on this. If you expend 2,000 calories a day, then a 10% increase in energy expenditure – if the published evidence stands up to further scrutiny – equates to 200 calories a day.

At that rate it would take you 17.5 days to burn one pound of fat drinking the recommended amount of Wu Long Tea, which is pretty good if true.

First off, drinking tea of any description is a smart move – preferably without sugar!

The health benefits are beginning to look significant and anyway, it contributes to your 2 litres of water a day.

However, there is no way that we would support claims made for Wu Long Tea as “The world’s most powerful fat burner”, or that it magically melts away body fat.

If, and we remain sceptical at present, further independent research evidence does substantiate the significant metabolic-boosting benefits of Wu Long Tea, we would only recommend it as a supplement to a healthy diet and exercise regime.

Not as the sole means of losing weight.

Drink tea by all means, just don’t pin your weight management goals – or hard earned cash! – on a hot drink – despite all the testimonials.

Our Wu Long diet tea review would suggest that you’ll be disappointed!