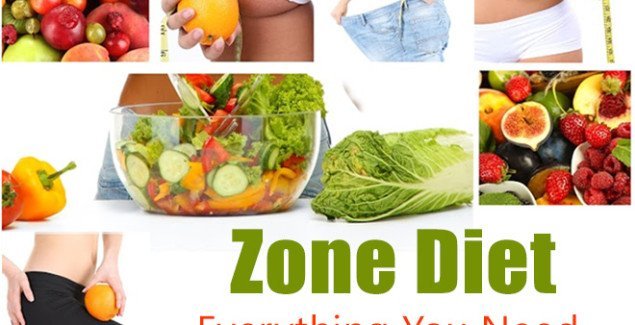 You’ll read many Zone Diet reviews that rave about this low carb plan as a safe and effective way to lose weight, just as many label it complicated and impractical…which is right?

The Zone Diet has been around since the mid-90s when its creator, biochemist Dr Barry Sears published his first book.

It’s been a bestseller ever since and despite many other low carb diets like the Atkins and the South Beach grabbing the headlines, it’s still popular.

Many celebrities claim to follow the Zone Diet as do millions of ‘Zoners’.

Sear’s has subsequently written more books using the Zone principles, such as A Week in the Zone, Zone Meals in Seconds, the Soy Zone and The Anti-inflammation Zone.

So is this popular diet a safe and effective way to lose weight?

Zone Diet Reviews – How Does it Work…? 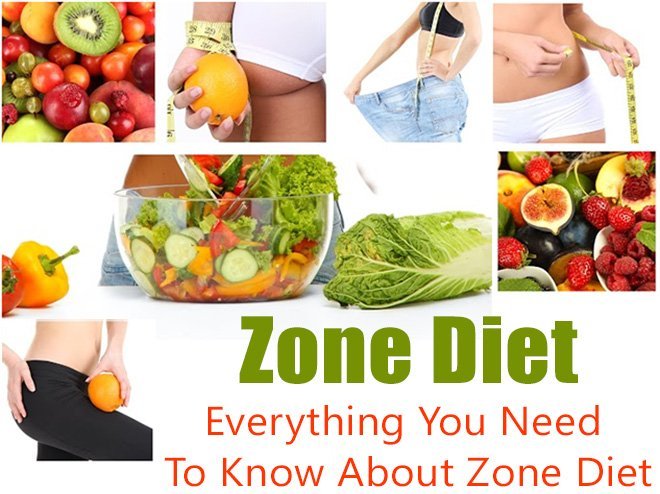 To ‘enter the Zone’, each meal should consist of:The Zone Diet works on the premise that eating the right proportion of protein, fat and carbohydrate at each meal will get you into the optimum ‘zone’ for fat loss.

For anyone following the Zone, this 40:30:30 ratio needs to be tattooed to your forehead, it’s that important!

The theory behind this precise ratio is that to lose fat and keep it off, you need to keep a tight rein on your body’s production of insulin and achieve a balance between insulin and glucagon production.

The 40:30:30 ratio is designed to keep your blood sugar levels constant, so your body produces less insulin and gets the balance between insulin and glucagon right.

The theory is that when you achieve this balance, you’ll keep your body in its fat burning zone as opposed to its fat storing zone.

Whilst the theory sounds straightforward enough, implementing it in practice is rather complicated.

You’ll need a pretty extensive knowledge of food, a calculator and set of scales to achieve the 40:30:30 ratio at every meal and for every snack!

You eat lean protein such as fish and chicken breasts at every meal.

You limit your intake of saturated fats and instead, eat unsaturated fats such as from olive oil, nuts, seeds, avocados and so on.

Anyone that’s followed a low carb diet will be familiar with the food choices. Having said that, your fat intake, particularly of saturates is far lower on the Zone than many other low carb diets.

To make the process easier, Sears has developed ‘Zone food blocks’that comply with the 40:30:30 ratio. You simply allocate the food blocks to each meal and snack.

The number of food blocks you can eat each day is determined by your height and weight – the bigger you are, the more blocks you’re allowed.

Again the good folks at the Zone have a handy Zone Diet recipe book or two to help you as well as a range of pre-packaged Zone Diet ready meals that you can buy.

To make meal planning simpler, Sears recommends that you divide your plate into thirds.

One third should be full of lean protein, the remainder should contain veg and fruit. A few nuts and olive oil dressing will add some heart healthy unsaturates to the mix.

Zone Diet Reviews – Does it Work…?

As with all low carb diets, the Zone is not without its critics.

The theory that insulin is the main determinant of fat loss and gain is far from universally accepted. However, in our view there’s enough evidence to suggest that maintaining balanced blood sugar levels and thus controlling your insulin production is a good strategy to adopt when losing weight.

However, the low calorie nature of the diet is likely to be the main cause of any weight loss.

Furthermore, in reducing your carb intake you may well be missing out on the nutritional benefits that carb-rich foods bring to your diet.

We’ve no problem with the 40:30:30 ratio per se, as there’s enough evidence to suggest that increasing your protein intake slightly is good for weight loss.

The Zone Diet reviews well in this respect as dietary protein spares muscle tissue. Your body will otherwise burn muscle tissue when you diet so as to make up some of the energy deficit caused by the diet.

30% protein is certainly not excessive and is unlikely to do you any harm.

The biggest problem we have with the Zone Diet is its complexity, which may make it somewhat impractical and time-consuming.

Can you imagine trying to feed a family and stick to the Zone Diet food blocks whilst preparing meals?

However, if you opt for the pre-packaged meals the diet could prove to be expensive. Eating out could also prove difficult!

Eliminating wholegrains from the diet is also a concern as they provide fiber and various vitamins and minerals.

Wholegrains also release their sugar more slowly than refined carbs and as such, eating moderate quantities at each meal would be unlikely to have much of an effect on blood sugar levels.

The Zone Diet reviews well in that it encourages the consumption of fresh fruit and veg. It also scores well in reducing the intake of saturated fat and fatty, sugary convenience foods.

Sears suggests that you’ll lose 5lbs in the first two weeks on the diet and around a pound or so a week thereafter. Certainly a realistic weight loss goal that most people could expect to achieve following this diet.

However, the Zone Diet is very low in calories. Even once you’ve lost the weight, if you continue to follow it you’ll still be on a low calorie intake .

The Zone Diet reviews reasonably well as a healthy diet, but it looks like hard work.

Several of the principles espoused in the diet we have no problem with, but there are easier ways to implement them.

We’re not big fans of weighing and measuring food. Following the Zone Diet will require you to do that at each meal if you’re going to follow it properly.

Eliminating certain food groups is also a no-no in our book as you may miss out on the nutritional benefits that they bring to your diet.

However, obsessing over the 40:30:30 ratio feels like making losing weight harder work than it already is.

Our Zone Diet reviews verdict? Some good points and you should lose weight, but makes weight loss seem overly complicated!