Home » Health » Teen Binge Eating Disorder – What To Do About BED? – Case Study 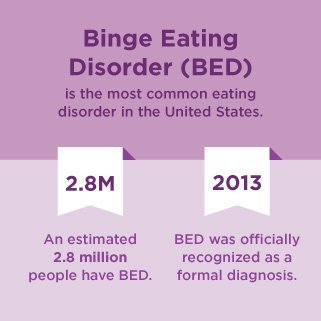 Teen Binge Eating Disorder – What To Do About BED? – Case Study

Teen binge eating disorder is a factor underlying the scourge of childhood obesity as many a binge eating teenager chomps their way through pounds of sugar and fat. So how do you stop it?

In short, Binge eating disorder also known as BED. Don’t mix it up with your bed 😉 😛 .

Binge eating isn’t the sole province of teenagers, there are plenty of adult bingers too.

However, binge eating is a major problem for teens hooked on a diet of sugary, fatty fast food, sweets and other junk.

So what causes teen binge eating and how can you stop it?

Yes, you can stop it. But before going to solution you should know the causes. It will help you to stop the disease even before it happens. There is a proverb goes, “prevention is better than cure”.

So, we will explain the causes of Binge Eating Disorder in Below.

For your better understanding we included the causes in graphical representation. Please check the graphic on the right side.

Binge eating disorder is essentially a condition where people use food as an emotional response to stressful situations. It’s a coping strategy that for many binge eaters results in a spiraling weight problem.

Teens, girls in particular are often at greater risk than adults from binge eating. This is largely because binge eating is often related to self esteem and self image.

There’s huge pressure on teens to conform to stereotypical body images presented by the media. For instance, in a recent survey in the UK the very thin Victoria Beckham was picked out by many teens as a celebrity with a body shape that they’d most like to emulate.

The glamour, wealth and celebrity seemingly being intertwined with being thin. In other words, to be wealthy and successful you need to be thin.

Nothing new there then!

The result is that many young people, mainly girls but it’s a growing problem with boys, feel uncomfortable with their bodies. They diet and as a result become preoccupied with food.

How many calories in this, how much fat in that.

And of course, what happens? Many teens fail to achieve a body like Posh or Becks, feel bad about themselves as a result and binge on comfort foods to cope. 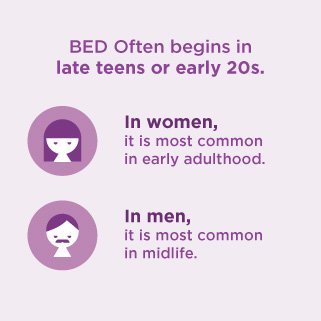 Binge eating is also used as a means of self punishment. The binge eating teenager gorging themselves on fatty, sugary foods to punish themselves for failing to live up to their unrealistic ideal body image. Research shows that almost 10-12% BED victims in UK are suffering in BED for this reason.

Whilst for many, teen binge eating is a relatively low level preoccupation with food that leads to overeating. For others it can develop into something far more serious.

In recent research, ran by American Hospital Association, shows that a huge amount of people are suffering in BED. In there research, they have found, almost three millions people have Binge Eating Disorder in the United States. They also mentioned in their data that this disease officially been diagnosed from 2013 in America.

All the research data proves one thing that this problem is growing big day by day. So, to check this problem we should do something to prevent it. And creating awareness is the best option to stop this problem.

A proper guideline is necessary to aware people.

We will try to add things you can do if you are suffering in BED. In later art we will also show a real case study to show a way to overcome this serious problem.

If Teen Binge Eating is Your Problem, What Can You Do About it…?

In other words, addressing the damaging behavior and the psychological factors that underlie such behavior.

For the teen binge eater, their weight is a symptom of the problem and unless the underlying causes of poor self esteem and body image are addressed first, the weight will never come off.

For many bingers, repeated dieting is a cause of their binge eating. So stopping dieting and getting off the diet, binge, diet treadmill is the first step towards successfully managing the problem.

Binging is a complex problem and there’s more on the causes of binge eating elsewhere on this site.

We had a teenage client who I’ll call Katy. Katy was a naturally curvy girl. She was 15 nearly 16 and had developed early. So, she had some issues with her body.

She had big boobs, hips, bum and thighs and was unhappy with her shape. 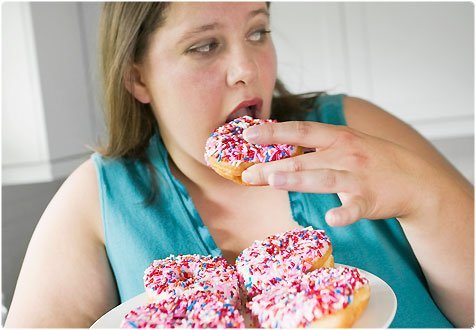 Though she was a really attractive, popular, intelligent girl with a great, bubbly personality. But she was deeply unhappy. Chip away beneath the cheerful exterior and there was a troubled young woman underneath.

She’d always been a ‘well-covered’ child and as she became more body conscious, grew acutely aware that many of her friends were slim and that she was not.

As a result, Katy had been dieting on and off since she was 12. The more she dieted, the less effective each successive diet became and the quicker the weight went back on after the diet.

As a result, Katy wound up asking herself, “what’s the point?” and ended up binging – partly to make herself feel better, partly to punish herself for failing to lose weight.

After a few days or weeks of binging, Katy would assert some control and go on a strict diet.

Katy is a classic case of teen binge eating. She had :

So how did she sort herself out? 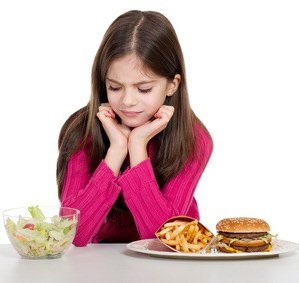 Firstly, she had to recognise for herself that she had a teen binge eating problem, which was pretty uncomfortable.

She then needed to accept that she was never going to be a ‘stick thin’ catwalk model look alike. Sure she could be slim, but in a more buxom way.

She was always going to have hips, boobs and a bum and these needed to be seen as positive attributes, not something to be ashamed about.

Helping her to identify role models that were more realistic matches for her body shape and type helped – more Beyonce than Kate Moss.

She then needed to identify her trigger foods, the foods that once she started eating them, she couldn’t stop. She cut these out of her diet altogether.

We then helped her to adopt a healthy eating regime. Eating plenty of fresh fruit and vegetables, lean proteins and some wholegrains.

She actually ended up eating large quantities of food – very different to the ‘diets’ she’d been on.

She was also snacking on healthy foods like fruit and low fat cottage cheese, which kept her metabolism up and in fat burning mode between meals.

Ironically, a little while after increasing her food and calorie intake she started losing weight!

The combination of a healthy eating plan, eating smaller amounts of food more often, cutting out the trigger foods and doing some exercise helped her to lose nearly 30lbs in weight.

As a consequence, she ended up feeling much better about herself, could wear the hipsters and crop tops she so wanted to wear, broke the diet, binge, diet cycle – and had the guys queuing up for dates!

Ok, this is a bit of a whistle stop tour of Katy’s experience and the whole process took a year or so. But it’s a useful example of what’s possible once that important first step is taken.

That of recognising and accepting that teen binge eating is a problem – then making a conscious decision to do something about it! We hope Katy’s story helps.

We’ve a comprehensive page on overcoming binge eating with a number of strategies that you may find useful.